War crimes, desecration and disrespect. The IOF desecrate the body of a murdered Palestinian. Israel continues with its program of genocide 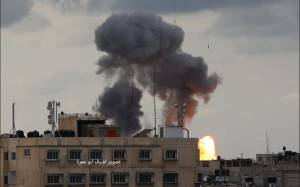 Israel’s occupation forces are currently again bombing the besieged Gaza Strip and the situation is spiralling towards larger conflict as desperate Benyamin Netanyahu seeks to win the Israeli public on his side before the March elections.

‘Heavy damage’ in southern Khan Younis has been reported from the ongoing attacks, which have sent fireballs and clouds of smoke reaching high up to the sky and al-Jazeera reports that Israel’s occupation forces are moving more armoured vehicles to near Gaza. 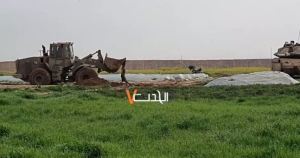 The current events began at 05:40 am on Sunday, when Israeli occupation killed and then mutilated the body of a man in an act condemned as a ‘war crime’ by the human rights Adalah Center in Israel.

When he was attacked and killed, with the fate of his companion still unclear, Muhammad al-Na’im was, according to the clearest report, 100 meters on the Gaza side of the border with ethnically cleansed Palestine…

Stuff That Needs To Be Said

Proposals for a new society...

We are a group of grassroots activists from all over the world. Palestine Unites Us. News about Palestine and its supporters worldwide

Freely reported with that local taste

A blog by an autistic person

News, politics, insights, inside information from the left

politics for the people

In Mundo per oculos meos

A daily selection of the best content published on WordPress, collected for you by humans who love to read.

The best longform stories on the web